The financial backing of the Jamestown Settlement 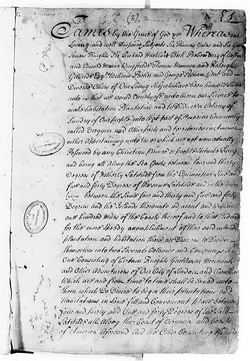 
At the Jamestown Settlement, the colonists were ruled by a governing council made up of a president and a 7 member council who were chosen by the King. In the first year, the council consisted of two ships' captains (Gosnold and Ratcliffe), a soldier (George Kendall), a lawyer (John Martin), a gentlemen (Wingfield), and an adventurer (Captain John Smith).


The Virginia Company of London would regularly send supplies, more settlers, and food to the colonists (about yearly).
Sources:
Video
https://www.youtube.com/watch?v=y5GioDaKvOQ (Jamestown Chronicles: James I, King of Great Britain)