The dependence on the natives for survival, trade, and knowledge of the new land 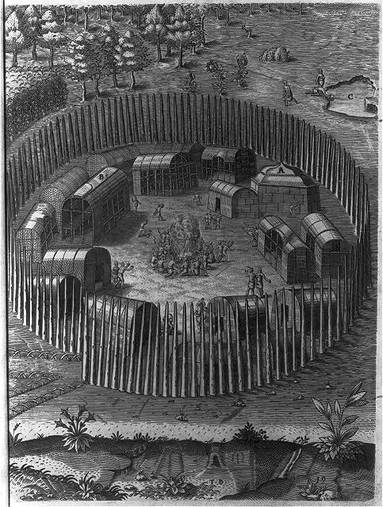 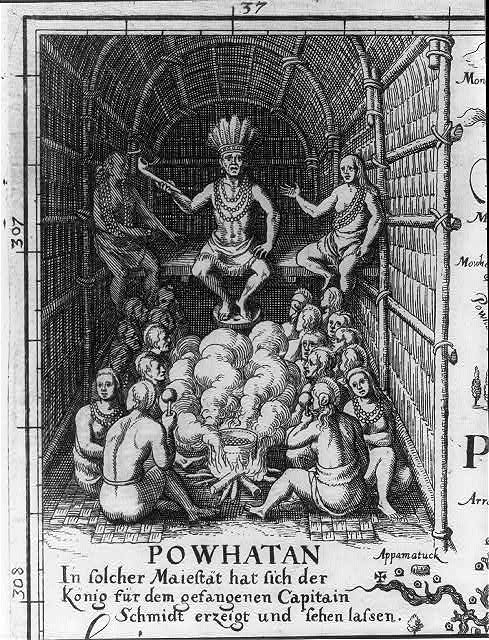 Look at the map below.
How close was Werowocomoco and Jamestown Settlement? Why was the location of Jamestown to Werowocomoco a positive thing? How was it a negative thing? Recall your previous knowledge on what you have learned about the relationship between the Powhatan Indians and the English colonists. 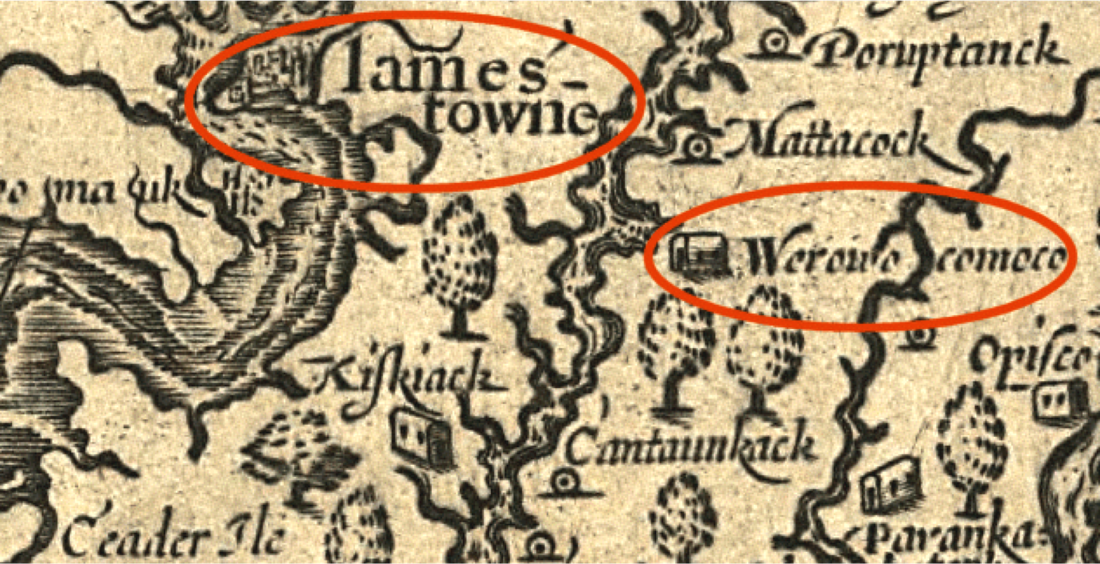 Pocahontas was the most dear and well-beloved daughter of Chief Powhatan. She originally met the colonists when her father sent her to Jamestown to establish peace and to beg for release of Indian captives in the fort. She eventually grew to become a great friend to Captain John Smith (he had a deep respect for her). Pocahontas eventually married an English Colonist by the name of John Rolfe. This marriage helped forge a peaceful relationship between the English colonists and the Powhatan Indians for 8 years. However, returning from a trip to England Pocahontas passed away from sickness. Below are 2 different pictures of Pocahontas. What are some of the differences? What are some of the similarities? How has the English culture affected Pocahontas?
Food

The Powhatan Indians ate a variety of food, especially some that were unknown to the English colonists. Their diet included:

The Powhatan Indians lived in yehakins. These were made from saplings that were bent and then lashed together at the top to form a barrel shape (to form the structure of the house). Woven mats or bark were placed on top of the saplings and space left for an entrance at each end of the house and an open hold at the center of the rood for smoke to get out. Picture of one below. 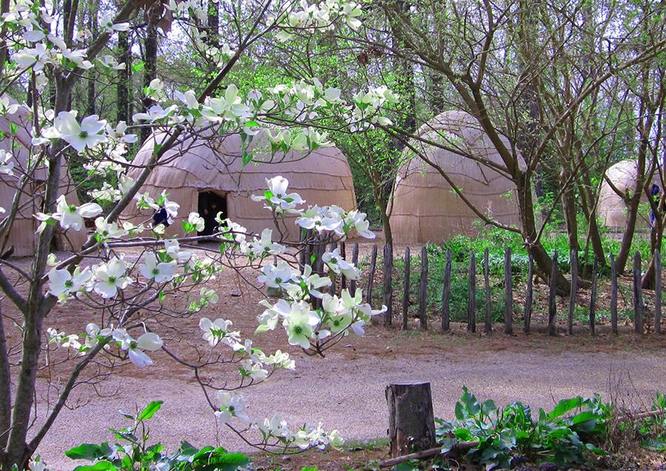 Finally, what can you tell about the culture and everyday life of the Powhatan Indians from the picture below? Discuss your observations with your field trip buddy.

Video
Werowocomoco: Seat of Power - http://www.historyisfun.org/exhibitions/collections-and-exhibitions/special-exhibitions/werowocomoco/
(can also be seen on youtube - https://www.youtube.com/watch?v=YUhH24SXrLE)